Governor Udom Emmanuel has reaffirmed his commitment to deploy all resources and connections to improve the socio economic status of Akwa Ibom and make life comfortable for all the citizens of the state. 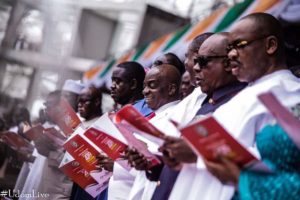 The State Chief Executive stated this at a victory thanksgiving service for the successful 2019 elections held at the ultra modern Nest of Champions, Uyo. 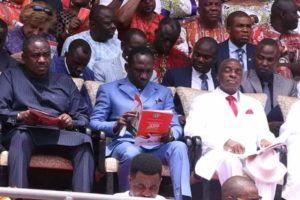 Governor Emmanuel said that the thanksgiving is all about God who showeth forth his majesty and granted all round victory at the elections.

He said that God used the challenges during the election to prove himself supreme in the affairs of man and wondered what it could have been if the reverse was the case. 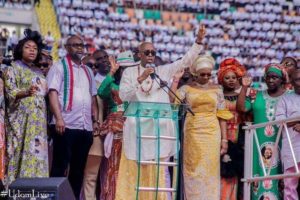 “If we didn’t win this election, the body of Christ would have been mocked because for the fifty plus years I have lived, I don’t know any Government that is being prayed for like this.”

Mr Emmanuel thanked God for using men as instruments to fulfill his divine purpose and to defend the gospel. 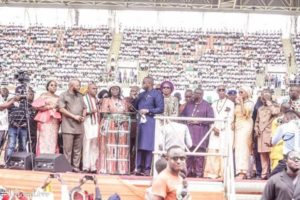 Governor Emmanuel expressed gratitude to all the Fathers of Faith and Christians who interceded for the state and also thanked all the lieutenants who stood firm from units to wards and chapters as coordinators to defend the mandate and prayed God to bless every instrument used to actualize the Divine mandate.

“Let me appreciate Akwa Ibom people because God used you to honour His name. I appreciate everyone across the villages, wards, units and the entire State.”

He said God has given the state a new light and a beginning and no man shall be able to stop the beautiful things God has destined for Akwa Ibom State. 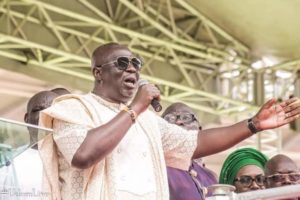 He emphasized that God discovered him and affirmed his abiding faith in his victorious power.

In an exhortation, The Presiding Bishop of the Living Faith World Wide a.k.a Winners Chapel, Bishop David Oyedepo stated that, it is risky not to give thanks to God for his benevolence, maintaining that every believer owes God thanks. 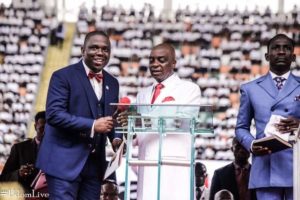 Taking his texts from Psalms 28:5 and Jeremiah 13 verses 15, he noted that a timely offer of thanksgiving provokes multiplication of harvest and perfection.

The cleric lauded Governor Emmanuel for acknowledging the miraculous intervention of God in the state and the victory given the state in the last elections without any traces of violence as was feared and the peace God has endowed the state and assured that those who give thanks never go down or suffer shame.

He said with the activation of thankfulness, Akwa Ibom shall continue to flourish and thanked God for hearing and answering the prayers of the people of Akwa Ibom.

Testimonies of victory were given by the State Chairman of the PDP, Obong Paul Ekpo who said since assumption of office as the Chairman, God has never disappointed the PDP and has crowned the last election with a hundred percent victory. 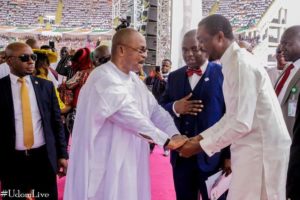 The National Chairman of the PDP,  Prince Uche Secondus, expressed appreciation to God for the victory recorded in Akwa Ibom State and the victory of the party in the south south and other parts of the country.

Senator Bassey Albert who spoke on behalf of the elected members of the National Assembly thanked God for their victory and pledged not to betray the people of Akwa Ibom State. 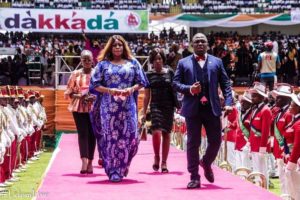 Akpan said that Governor Udom has taken them to God and in God they will remain and pledged a Sixty Million Naira donation to the Worship Center project on behalf of his colleagues.

The Speaker of the State House of Assembly, Barister Onofiok Luke, thanked God for the victory.

He said that the Warsaw crisis began from the State House of Assembly but God proved himself strong and sure.

The Deputy Speaker, Princess Felicia Bassey said that God gave Governor Udom Emmanuel as a gift to Akwa Ibom and has through his abiding faith in God changed the narrative which accounts for the harmony and the victory of the PDP.

She pledged their loyalty to the Governor and promised the commitment of her colleagues to serve God faithfully.

The event had in attendance, the Vice Presidential Candidate of the PDP in the 2019 Elections, Peter Obi, Governor of Gombe State, Ibrahim Dankwambo, Former Governor of Benue State, Mr Gabriel Suswam and Spouse, National and State Executive members of the PDP, Religious leaders within and outside the state, political stakeholders, State Executive Council members, Elders, Women, Youths amongst others.