……….In her avowed commitment towards ensuring a healthy status for Akwa Ibom children, the Family Empowerment and Youth Reorientation Path-Initiative, (FEYReP), a humanitarian platform of the wife of the state governor, Mrs. Martha Udom Emmanuel; has partnered with Emzor Pharmaceutical company and the state Ministry of Health to deworm Akwa Ibom children. 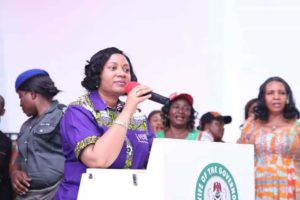 At the flagg-off of the exercise tagged: 2018 Akwa Ibom Children Deworming programme which held at Ibom Hall, Uyo, the wife of the governor said the programme targets deworming over 30,000 children of school age in all the 31 local government areas of the state. 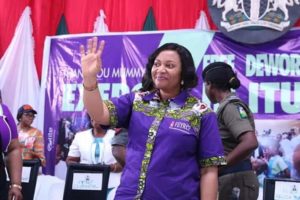 She said she embarked on the second phase of the exercise having taken cognizance of the fact that a healthy population translates into a wealthy state. Mrs. Emmanuel encouraged mothers to ensure they engage in deworming their wards at least twice a year, stating that children are susceptible to environmental hazards that accrue from dirts. 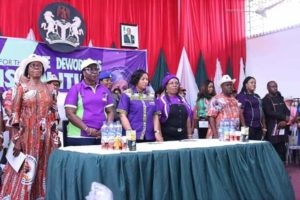 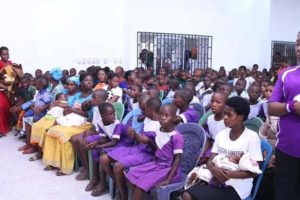 The exercise billed to take place in all the local government areas, will be symbolically flagged-off in the ten federal constituencies of the state by Her Excellency Mrs. Martha Udom Emmanuel.