……..Following their introduction, Mr. Andrew Bassey Akpan and his bride, Godsriches Anietie Ekong have their Traditional Marriage today Thursday, at the Atuekong Kingdom, Enen Nsit, Mbiokporo 2, Nsit Ubium Local Government Area. The couple were excited at the event and were joined by many dignitaries, among whom, was Governor Udom Emmanuel of Akwa Ibom state. 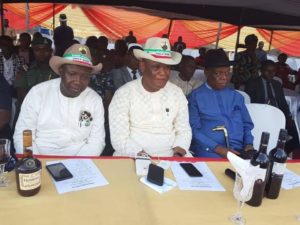 Speakiing at the event, Governor Udom Emmanuel said that marriage was instituted by God in the dispensation of innocence and is therefore a holy institution. He charged the couple to try to always exemplify God’s principles concerning marriage, adding that, by doing do, they will create a stable home, where children can grow and thrive in the way of the Lord. 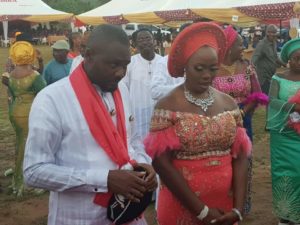 Governor Emmanuel, who spoke through his Commissioner in charge of Works Ministry, Akparawa Ehpraim Inyangeyen, said that, marriage is a beautiful picture of the relationship between Christ and His church. Inynaneyen, who admonished the wife to always submit the her husband, added that, as bridegroom, Jesus gave His life for His bride, and His selfless act provides an example for all husbands, and asked the husband to emulate Christ. 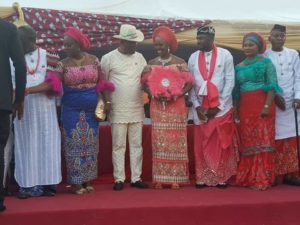