…………Akwa Ibom State House of Assembly at plenary on Tuesday passed into law the bill for a law to provide for the establishment of Akwa Ibom State Signage and Advertisement Control Agency. 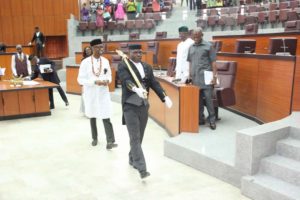 The Bill which had earlier passed through first, second reading and committee stage was read a third time through a motion by the House leader Mr Udo Keriean and seconded by Mr Monday Eyo, member representing Uyo state constituency.

The bill, when assented to by the governor would sanitise the practice of outdoor/indoor advertising and hoarding for the benefit of the state. 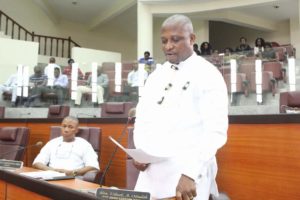 The bill would also create an improvement in the aesthetics of the environment and significantly improved the state internally generated revenue.

The bill would also provide an enabling environment for investors to operate and motivate them to subscribe to their signage installation boards on roadside.

The bill would protect the environment, create and regulate indiscriminate and indecent display of non approved posters on public places.

In his remarks, the Speaker, Mr Onofiok Luke, said the law in addition to sanitizing the environment will further help to generate revenue to the state from marketing communication activities.

“Today, we have passed a bill to provide for the establishment of Akwa Ibo State Signage and advertisement control agency. It would be recalled that in 2012.

” I moved a motion on the floor of this house against the continued defacing of the sale of public primary and secondary schools in our dear states by advertisers.

“The House made recommendations urging government to act in line with that motion by ensuring stringent control measures were put in place to check activities of advertisers.

” I am therefore delighted that this Honourable House has taken a bolder and more concrete step to make a law that will put the right people in place to control such and many other forms of outdoor advertising in our state,” Luke said.

He directed the Clerk of the House Mrs Mandu Umoren, to send a clean copy of the bill to the Executive Governor, Mr Udom Emmanuel for assent and the commencement date from May 8, 2018.