***As Commissioner of Police meets leaders of political parties

……………State Chairmen of political parties under the aegis of Inter-party Advisory Council (IPAC) have have expressed disdaind over what they decribed as incessant posting of Commissioners of Police in Akwa Ibom State in the past week.

The leaders of political parties who made their dissatisfaction known on Monday 26th, November 2018 during a political stakeholders meeting convened by the newly posted Commissioner of Police CP Musa Kimo at the State Police Headquarters Uyo, explained that for the period of one week, the state has experienced an influx of three police commissioners. 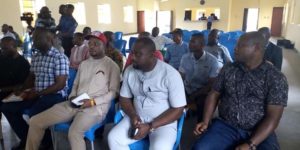 They made it clear that if the inconsistency in posting of Police Commissioners in the state is to justify the rumour of Federal Might, the Police Force should be rest assured that the people of the state shall resist such heinous plan and fight it to a stand still. They used the opportunity to send a clear signal to the Inspector General of Police that Akwa Ibom people shall not submit to any form of intimidation but shall stand against every plan to twist the will of the people of the state. 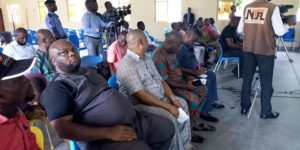 They however, welcomed the new police boss adding that it their believe that the new Commissioner will not only stay, study, understand, and devolop a blueprint to conduct a free, fair and credible election in the state but will be unbiased in doing so.

Speaking earlier, the Commissioner of Police CP Musa Kimo said the meeting was informed by the need to brainstorm with stakeholders towards finding a lasting solution to the worrisome situation in the state and particularly, in the state house of assembly.

‘I have convened this meeting to enable us put heads together in search of peace. Peace is very important and we represent peace’.

While urging political stakeholders to shun violence and any forms of anti social behaviors, the CP emphasized that the police under his watch, will be apolitical.

He made known his determination to deal decisively, with anybody that disrupt the peace of the state and this, he promised to do professionally.