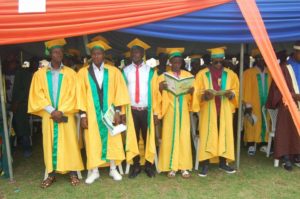 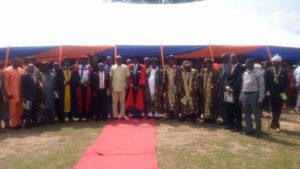 Welcoming the matriculating Students and other guests to the 7th Matriculation ceremony of the Institution, the Rector, Dr. Godwin Umontuen disclosed that Maurid Polytechnic was licensed as an innovation Enterprise Institution in 2010 by the Federal Government for the Award of Nationals (NID) Innovation diploma and National Vocational Certificate (NVC), with accredited by the National Board for Technical Education (NBTE,) and recognised by JAMB and NABTEB. 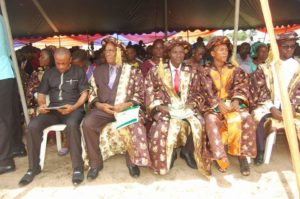 In furtherance for the advancement and provision for more qualitative programmes for students, Dr. Umontuen made it known that the Governing Board of the Institution facilitated the upgrade of the prestigious citadel of studies to a full fletched Polytechnic in 2014, where graduates obtain both National Diploma and Higher Diploma.

Speaking further, He said that currently four schools are approved for the polytechnic, which are; School of Engineering, School of Natural and Applied Science, School of Business and School of Communication Arts. 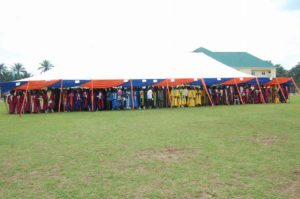 Furthermore, the Rector revealed that the School was borne of the zeal of upgrading Vocational and Technical education in Nigeria in line with the current global trends and standards, with the mission of providing a middle class man-power training for making students self-reliant at graduation.

He appreciated the State government, traditional fathers of Nsit Ibom and Mbiaso the host Community for the support the Institution has received within these years of operation in the State.

To the matriculating Students, the Rector while felicitating with them, charged them to make ample use of their time throughout their study years in the Institution as their future depends on their attitudes towards studies.

He assured them of a serene and enabling learning environment while he urged them to study hard so as to create job opportunities for others after graduation.

He admonished them to be good ambassadors of the school and shun cultism and other vices that may hamper and their focus.

Also, in his remarks, the Chairman of the occasion, the State Accountant General, Pastor Uwem Andrew Essien congratulated the matriculating students, human resources and the Rector of the Polytechnic for the infrastructural renaissance in the school.

Pastor Essien reasoned that with the quality of accredited programmes offered by the School, the institution is deemed a catalyst of change in the educational advancement of the State and nation at large.

The State Accountant General beaconed on the freshmen to remain studious as their future lies in their hands and the path they chose to follow. 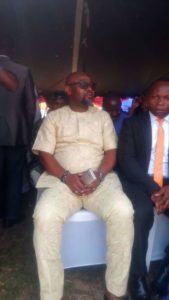 In their separate goodwill messages, the Member representating Onna State Constituency in Akwa Ibom State House of Assembly, Hon. (Otuekong) Nse Essien and Mr. Essien described the Rector as the proud son of Onna who has contributed immensely to the growth and advancement of tertiary Institutions of the State and prayed God to increase his strength and expand the coast of the School