…………….Preparations are in top gear for the Constituency Briefing/Empowerment Programme of Senator Bassey Albert popularly known as OBA.

Senator Albert who represents Uyo Senatorial District in the National Assembly, according to the Media/Publicity committee, is set to present his scorecard to his people on Friday, March 20th, 2018 at the Uyo Township Stadium beginning by 10am. 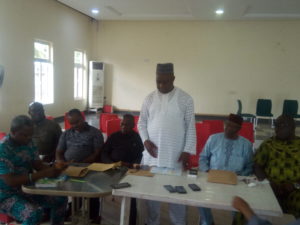 Speaking with newsmen in Uyo yesterday, the Chairman of the Media/Publicity Committee, Elder Patrick Albert, said the event promises to be a unique one that has nothing to do with the next political dispensation.

Elder Albert who is also the Chairman of the Nigeria Union of Journalists (NUJ), Akwa Ibom State Council, noted that the event is going to be the “mother of all constituency briefings”. 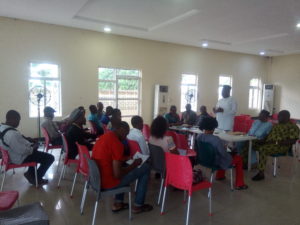 The NUJ boss who was flanked by other members of the committee, added that asides the presentation of scorecard by the lawmaker, quality empowerment packages shall also be dished out by the lawmaker to his constituents.

Speaking further, he stressed that Senator Bassey Albert who is known to be a responsive lawmaker is always in the business of empowering his people. He described the Senator as a God fearing legislator who has demonstrated that democracy is all about people.

According to the the NUJ helmsman, the event which is tagged “Celebrating God’s Faithfulness” kick starts on Tuesday with a tour to the Senator’s project sites and will climax on Friday 20th with the constituency briefing/empowerment programme.