…………The USA Chapter of PDP Fan Club, an international recognized sociopolitical organization fully registered with the National Secretariat of PDP with Chapters in all the states of the federation and FCT has endorsed Governor Udom Emmanuel of Akwa Ibom State for second term ahead of 2019 general elections. 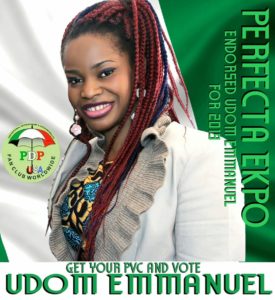 According to a release by the USA Chapter Coordinator of the group, Perfecta Ekpo said that since assumption of office, governor Udom Emmanuel has initiated many life touching projects which have direct bearing on the lives of Akwa Ibom people. She noted that the governor has performed creditably in the area of education, infrastructure, health and human capacity development. 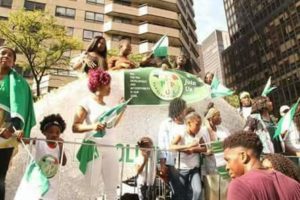 She stated that even when other states were confronted with recession which bite hard on the economy of the country, the governor governor shown leadership capacity in financial management which placed Akwa Ibom State in par with Lagos State in attracting foreign investment, saying such a leader deserves commendation and should be encouraged to do more.

She also commended the wife of the governors, Martha Udom Emmanuel for her humanitarian services and empowerment of women with micro-credit facilities, noting that such effort will help to uplift womanhood. 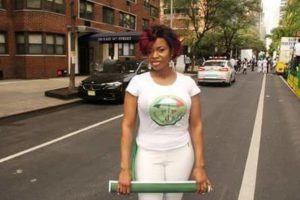 She further commended the Works Commissioner, Mr. Ephraim Inyang for his dedication to ensure that all roads awarded in the state are executed in line with the design and specification, expressing hope for a new direction in the state.

Perfecta Ekpo who is a music icon urged Akwa Ibom people to take advantage of the ongoing Voters Registration by INEC so as to return Udom Emmanuel in 2019.