The Nigerian Army and Nigerian Police Force have promised to re-strategize and intensify their security surveillance on Corps Lodges to stem the tide of incessant killing of Corps Members especially in Bayelsa State.

Kazaure had earlier told them that there was the need to protect all Corps Members who he described as national assets to the country.

He urged the security agencies to speed up patrols, surveillance and maximum security for all Corps Members.

On behalf of 16 Div, the Brigade Garrison, Lt Col. Suleiman Abdullahi informed General Kazaure that Corps Members have been of immense assistance to the division by supporting its medical outreach and environmental sanitation. 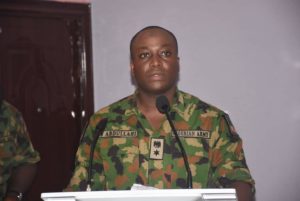 The Police Commissioner told the Director-General that the command would leave no stone unturned in curbing cultism and all drug-related crimes in the State.

He added that upon completion of investigation into the recent killing of two Corps Members by yet-to-be-identified gunmen in Yenagoa, the state capital, perpetrators of the dastardly act would be paraded and charged to court.