TRANSFORMATION INITIATIVE FOR THE EMPOWERMENT OF IBOM PEOPLE

The Board of Trustees, (BOT), the National Executive Committee,(NEC), Chapter Executives, Ward Executives, Unit Coordinators and the entire membership of Transformation Initiative for the Empowerment of Ibom People rejoice with His Excellency, Mr Udom Emmanuel, the executive governor of Akwa Ibom State on his reelection by the overwhelming majority of Akwa Ibom people to superintend over the affairs of the State for a second term. This is proof of the appreciation of the people on his deeds in the exiting first term. 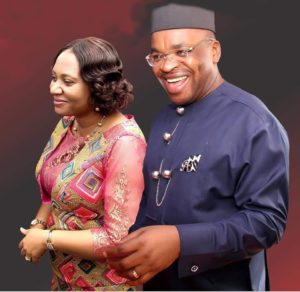 The victory which can only be attributed to GOD having credited the campaign mantra with the slogan, #ONLY GOD# is a testament of God’s faithfulness and an assurance that those who put their TRUST in HIM will never see shame.

We congratulate Governor Udom Emmanuel for the victory and for rejuvenating public faith in our God of ancient of days.

We rejoice and celebrate Her Excellency, Mrs Martha Udom Emmanuel for being a bulwark of support pre, during and post the campaigns that culminated in the glorious victory we are savouring. Her physical contributions in elevating governance also galvanised public faith in the Udom Administration and the People’s Democratic Party. We salute and congratulate you Ma.

We celebrate and congratulate all our members that contested and won elections to various elective positions. We charge them to remain good AMBASSADORS of the group by ensuring effective service delivery. We also want
our members who indicated interest and contested the primaries but failed to clinch the ticket to know that we appreciate and congratulate them for enriching the Nation’s democracy with their courage of participation..

As we have always said, we would continue to work as an ally of the People’s Democratic Party. Flowing from this persuasion, we congratulate the Party for internalising the tenets and deepening democracy in such an expressive manner as witnessed in the 2019 General Elections.

The well deserved victory which we in TRANSFORMATION are elated about came from the giant strides recorded by Governor Emmanuel in his first term in office wherein he had to battle with dwindling finances from the FEDERATION ACCOUNT. Despite the dire state of the economy, the Governor has proven that leadership is not about excuses but deliverables that impact lives.

The many industries which adorn our landscape today, the physical infrastructure like the 21- storey building, the Ibom Air which promises to be the pride of the State are some of the things that increase our hope for a better tomorrow and compel our support.

Transformation Initiative enjoins Akwa Ibom people to continue to support the Udom Administration as the benefit of insight has already dictated and decided on Akwa Ibom as the new industrial hub in the Gulf of Guinea.

Let me once again on behalf of Transformation Initiative congratulate Governor Emmanuel and his dear wife and all our members who have also been elected into various offices. A BIG CONGRATULATION TO ALL OF YOU. 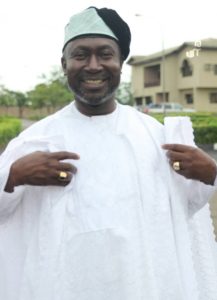