~promises to deliver on dividends of Democracy

It was all pomp & merriment as the people of Nsit Ibom State Constituency celebrated with their very own, Hon. Ifiok OS Udoh as he took the oath as their member representing them in the 7th Assembly of Akwa Ibom State House of Assembly. 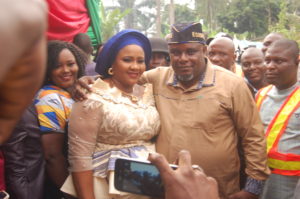 The swearing in ceremony which was held on Monday 10th June 2019 at the House of Assembly Complex witnessed himself & other elected members of the House take their oath of office to represent various Constituencies which was administered by the clerk of the house, Mrs Mandu Umoren. 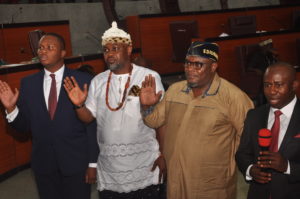 At the reception ceremony held at Edeobom 1, the country home of the house member, he was greeted with cheers from family members, teaming supporters & well wishers who gathered in their numbers to celebrate with him.

Speaking at the event, the DG, Edidemede 2019 Campaign Organization, Abai Tony Okpon thanked God Almighty that the collective efforts of all have been manifested hence the successful inauguration ceremony of Hon. Ifiok OS Udoh as the member representing Nsit Ibom State Constituency. 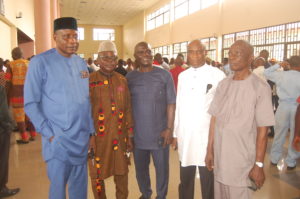 While wishing for the growth of the state constituency through the house member, he prayed for God’s mercies & Grace to lead the people and further prayed that the slogan of the campaign which was Edidemede be manifested in full.

A Former PDP Governorship Aspirant in the state, Rt. Hon. Imo Udoh in his reaction charged the lawmaker to remain focused on his duties as a house member which are Representation, Legislature & Oversight functions. 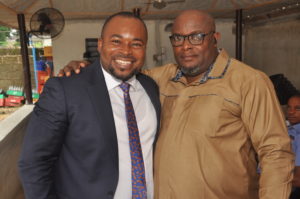 Goodwill messages was presented by the Political Leader Mbiaso Ward 3, Wife of PDP Chapter Chairman, Mrs Glory Nsikak Ikpe, Former ALGON Chairman & Chairman of Nsit Ibom, Obong Victor Umondak, Councillor representing Mbiaso Ward 3, Hon. Inyene Michael, Former Transition Chairman & an APC chieftain, Hon. Clement Awakessin, who all took time in appreciating God Almighty for making the day a fulfillment. They described the lawmaker as one who has the best interest of the people at heart & pleaded that all sons & daughters should support him towards ensuring that his vision for the Constituency is fulfilled. 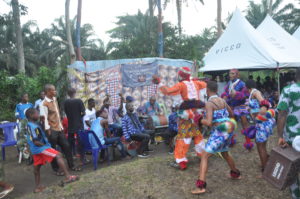 In his speech, the member representing Nsit Ibom State Constituency, Hon. Ifiok OS Udoh appreciated the people of the Constituency for the love shown to him right throughout the electioneering campaign which further saw him emerge victorious at the polls. He also acknowledged the leadership of the People’s Democratic Party, Edidemede 2019 Campaign Organization, Divine Rescue Mandate and all for their support to him in one way or the other and pray for God’s Blessings upon them. 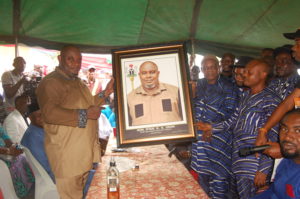 “Today is indeed a great day for me because who would have believed that someone like me would have been standing here today as your representative but I return all thanks to God. I want to appreciate all who put in their best to ensure that this dream comes to reality.”

He pleaded that all beyond party lines should come together and support him while pledging his total support towards the upliftment of the state constituency.

Highpoint of the event was cultural and traditional display alongside presentation of souvenir by the President, National Union of Edeobom, Obong J. O. Mbebeng assisted by Mr. Sammy Charles on behalf of the association. 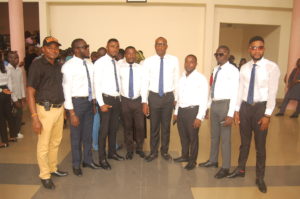