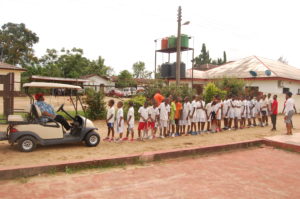 GEUF participated in the ‘Play Your Age’ National Tournament last weekend in Abuja, in the age 12 and 14 category.

Speaking in a reception ceremony for the players in Asuna, Etinan LGA on arrival from the tournament in Abuja, State Secretary, Nigerian Tennis Association, Akwa Ibom chapter, Evangelist Margaret Ekpo, expressed satisfaction at the conduct of the players, saying that she was happy to see them go out to meet other people which will gainer them the chance to learn new things while developing their skills. 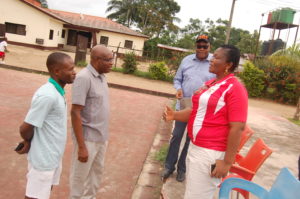 She commended the GEUF family for the love and commitment to develop the young talents by taking them to Abuja for the tournament.

Evang. Ekpo admonished the young tennis players to be consistent in their chosen career even as they aim to represent Nigeria in subsequent tournaments, assuring to convey their activities to the state Ministry of Youths and Sports headed by Sir Monday Ebong Uko, for any form of recommendation.

Congratulating the young tennis stars, Barr Uko Udom SAN, commended them for representing the community, and charged them to be of good conduct. 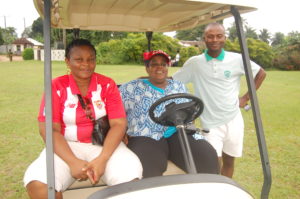 He pledged to donate new rackets to each member of the team in appreciation for their commitment. 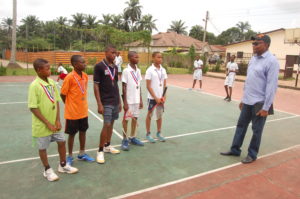 Speaking on behalf of the players, Master Anthony thanked the GEUF tennis foundation, saying that it has created opportunity for them to explore on their chosen career.

The Coach, Mr Ubong Essien, thanked the organisers for the success of the ‘Play Your Age National Junior Tennis Championship’ tournament, which he said has enlightened the young tennis stars for the future prospects.

He added that the competition was not about winning and losing but attitudinal chance to meet with other players to develop the skills of the players.

In her remarks, Dr (Mrs) Ekpedeme Udom, called on government not to hesitate to call on the foundation any time the need arises for tennis players of their age as they have what it takes to represent both the state and country. 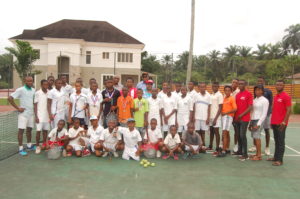 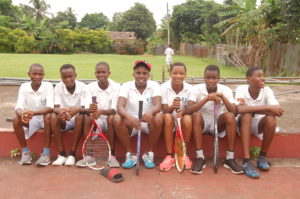 She also thanked NTF for honoring the academy, and pledged to do more in the area of developing young talents to the world, as swimming facility is underway.

Highpoints of the event were keep feet training sessions for the players, interaction sessions, while the foundation academy backup brass band thrilled the guest in the entertainment session.