….As Gov Udom, Wike, Ors call for Unity among members

………………………As the forthcoming general elections in 2019 gathers momentum, the South-South Zone of the Peoples Democratic Party (PDP), on Monday, met to strategize for victory. 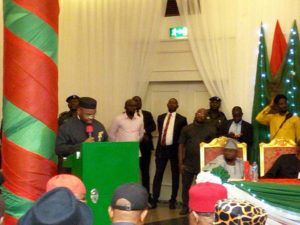 In his goodwill message, the Akwa Ibom State Governor, Mr Udom Emmanuel, commended the party faithful for their commitment, devotion and selfless sacrifice towards the progress and development of the party at all levels, noting that their efforts have kept the party united as it was demonstrated during National Convention.

Governor Udom lauded the leadership of the party at all levels for their sterling leadership approach, which according to him, has made the party more formidable. 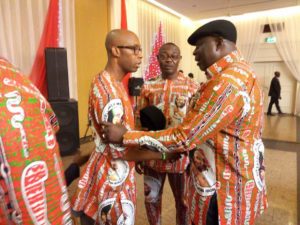 “When you see any society working, it is because the leadership is working excellently. It is obvious that the success and failure of PDP depends on the South-South and the leaders of our party in the zone have shown that the zone has a strategic position in this country because the zone holds the key to economic breakthrough of our nation.”

Speaking on behalf of the State Chairmen of the Party, Obong Paul Ekpo, who expressed gratitude, congratulated the Prince Uche Secondus-led National Leadership of the party, maintaining that the party Chairmen will continually give their unflinching support to help take back power from the center in 2019. 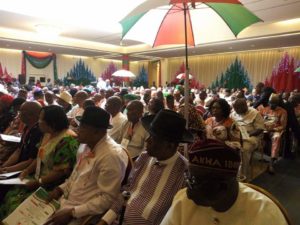 Ekpo also pledged the Chairmen’s loyalty to the Party and it’s leadership, adding that they will continue to be instrumental to the unity of the party at the State, Chapter, Ward and Unit levels.

The Rivers State Governor, Barrister Nyesom Wike, in his goodwill message, described PDP as the only political party that is known by all Nigerians, adding that “PDP has remained same from 1998 till date. So there is need for all of us to remain committed and united for the common goal of reclaiming power at the center in 2019.” 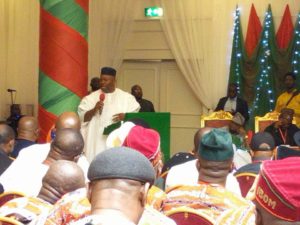 He commended members of the zone at the National Assembly for their excellent performance and called on the APC-led Federal Government and INEC to conduct a free and fair election in the forthcoming general election.

Speaking on behalf of the National Assembly members of the PDP, Senate Minority Leader, Senator Godswill Akpabio, said they will continue to speak and oppose every opposable programmes for the interest of the people.

Senator Akpabio expressed optimism that Nigerians were ready to return PDP back to the center.

National Chairman of the Party, Prince Uche Secondus, in his address, thanked members and stakeholders of the party for their support, maintaining that the “party hierarchy is appreciative of your support and commitment to the rebranding of the party by way of repositioning the party.”