……………Governor Udom Emmanuel has commended the student community in the state for their absolute loyalty to his administration, noting that such unprecedented amount of goodwill is needed to drive development in a democracy. 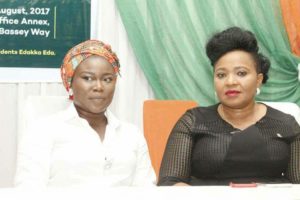 He made this commendation on Wednesday, 30th August, 2017 at the 2nd Quarter students’ town hall meeting organized by the office of the Special Assistant to the Governor on student matters, Miss Aquilla Otobong, at Governors office Annex, Uyo. 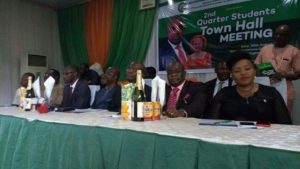 Governor Emmanuel, who was represented by the Secretary to Akwa Ibom State Government, Sir Etekamba Umoren, noted that the town hall meeting was apt and important as it sought to provide an avenue for the government to interact freely and listen to the students’ expectation as regarding policies and programmes of government.

He said “I congratulate you for sustaining the yearly town hall meeting which has afforded us the platform to formally inaugurate the Students Social Registration Awareness Mobilization to be implemented under the office of the Students Social Services Volunteer Scheme”. 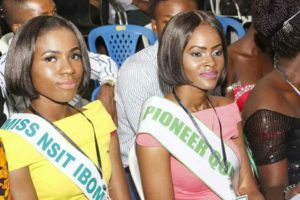 “As a government, we have not joked about our determination to develop industries and other ventures. We have been able to generate sustainable growth and employment opportunity as well as the social, political and economic inclusion of all strata of the society through our five-point agenda.” 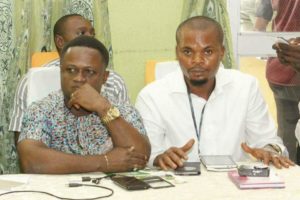 The Governor reiterated his commitment to ensuring all Akwa Ibom children are gainfully employed saying; “I shall not rest until all employable Akwa Ibom children have gotten jobs or at least a sustainable means of livelihood.” He further assured of the resolution of the current administration to improve the quality of education in the state, this it hopes to do by fast tracking the accreditation of courses in the state-owned tertiary institutions among other things. 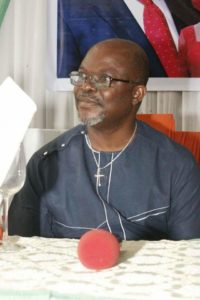 The Commissioner for Education Pastor Paul Udofia, in his address charged the students to remain focused and see themselves as leaders of tomorrow. He also encouraged them to always comport themselves wherever they are because they are Dakkada ambassadors.

In his keynote address, the Senior Special Assistant to the Governor on Technical Matter and Due Process, Mr Ufot Ebong, charged the students to be prepared and see themselves as the true leaders of tomorrow.

“You have a voice on how you are being governed; you have a voice on what structures are being put in place for your future. Therefore, in order to speak out, you must be prepared so that when people like Governor Udom Emmanuel, Sir Etekamba Umoren and Ufot Ebong leave the stage, you can fill that space. You can’t achieve that by mere wishing, but you have to work towards it.” 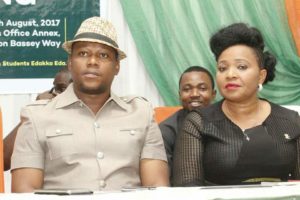 The Special Assistant to the Governor on student matters, Aquilla Otobong Akpan commended the Governor on the inauguration of the Student Social Service Volunteer Scheme in the ministry of Environment which grants students the opportunity to volunteer to collect stipends. 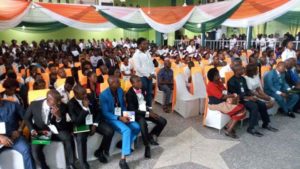 Prof Matthew Ekpo, the Provost of Akwa Ibom State College of Education in his remark lauded the Governor for the developmental stride in all tertiary institutions and the welfare of the students. He equally advised the student community to rally behind the governor come 2019 for a second term in office.

He said “Except you recognize your strength and channel it in a right direction, you miss it. The energy in young men as recognized by God is very important. Every one of you has a destiny in his/her hand because of the strength that God has given unto you. Recognize who you are, and because you are strong, channel that energy in the right direction. God expects you to dwell in knowledge. Except you speak, your voice will not be heard.” 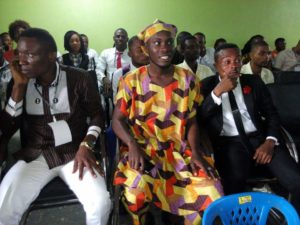 “2019 is on the way and it is the students that will gather and say ‘this is the man we want as governor.’ Mr Emmanuel is a Governor who understands and we want to follow him because your destiny is with a man who understands.” 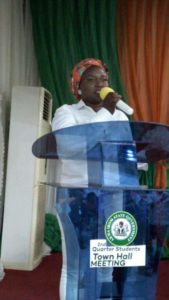 The Commissioner for Information, Mr Charles Udoh, in his own message of goodwill to the student community, admonished the students not to be misled by what they see on social media while also imploring them to join hands and support this Government.

Under the Students Social Services Volunteer Scheme, students who wish to make extra money for themselves while in school can volunteer to join the ministry of environment clean up team and will earn money from man-hour put in.

Other dignitaries at the event included the Senior Special Assistant to the Governor on Education Monitoring, Mrs Idongesit Etiebiet, and various student union leaders.