………………Governor Udom Emmanuel has commended Imabridge Africa, a non-governmental organisation, for its selfless and life touching services for the indigent members of the society.

Governor Emmanuel gave the commendation Tueday at the 10th anniversary celebration and groundbreaking ceremony of the Imabridge Hospital at Owot Uta, in Ibesikpo Asutan LGA. 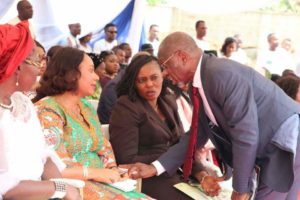 The State Chief Executive who was represented by his wife, Martha, said the foundation having rendered life touching palliatives in various areas over a decade, deserves to be supported and encouraged to do more.

“Your interventions in the medical, educational and financial areas over the past ten years are highly commendable, I thank you and I must say that this is laudable.” Said the governor. 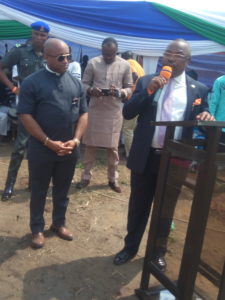 He charged other good spirited individuals to also follow suit by contributing positively to the welfare of people in their communities.

The governor further encouraged Imabridge to partner FEYReP in order to do more for the indigent members of the society, saying his administration places premium on quality health care delivery in the state. Mr. Emmanuel donated the sum of five million naira to the building project. 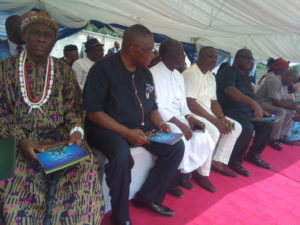 Earlier in his welcome remarks, the Director and Founder of the organisation, Rev Godwin Asuquo said over 40, 000 thousand people mostly the less privileged have been given medical assistance since inception 10 years ago.

He added that no fewer than 4000 persons in Akwa Ibom State are currently benefitting from the ongoing free medical services courtesy of Imabridge Africa, pointing out that the free medical care covers different areas of ailments such as malaria, hypertension, diabetes, HIV, eye treatments among others. 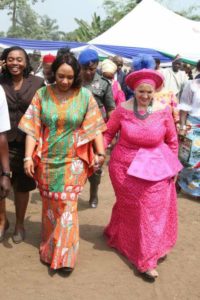 Also Speaking, the President of Imabridge Africa, Ms Christine Carrington, said that the NGO is involved in healthcare service, provision of solar powered boreholes to communities in the state, education to indigent students and micro finance to women. 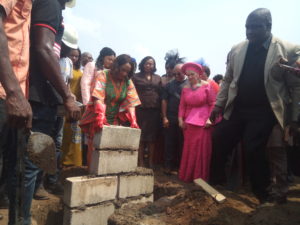 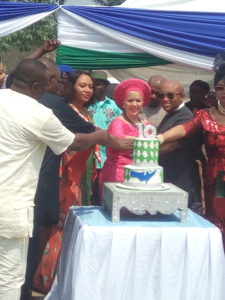 Highpoint of the event was the cutting of the 10th anniversary cake of the organisation and the groundbreaking ceremony performed by the governor. 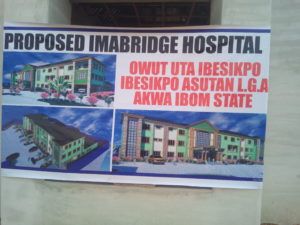