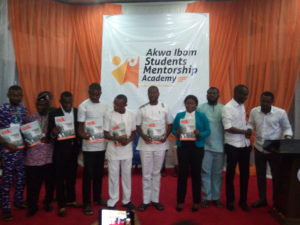 The commissioner for Education, prof. Victor Inoka stated this, Wednesday at the maiden edition of the Akwa Ibom Student Mentorship Academy sitting in Uyo. The mentorship programme, a brain child is the Special Assistant to the governor Udom on Student Matters, Comrade Otobong Aquilla held at the IBom E-Library. 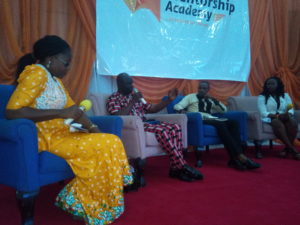 The commissioner represented by director on secondary and tertiary education, Mrs Theresa Attih at the occasion noted that governor places a premium on education which is why the current government has sustained the free education programme in the state and impotent policies that are student friendly.
“There are many things that the present government under the leadership of Deac Udom Emmanuel has done in education subsector, which if you want to recount them it will take you a whole day, they are just so many.” 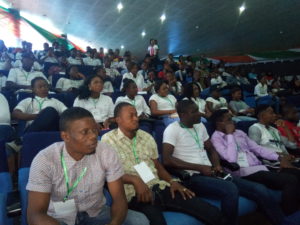 “In this programme today, you will be trained, you will be mentored as a means of achieving sustainable development and preparing for your leadership tomorrow as a democratic citizen. You need this because you will be a governor, a senator a speaker, the president of tomorrow, and you need to be properly grounded, you need to be properly packaged and this academy is just all out to do that.”
He commended the SA students for initiating such a programme, adding that a mentorship programme like this one had a way of influencing the mindset of students positively. He also promised that the ministry of education will partner the mentorship programme to achieve her goals. 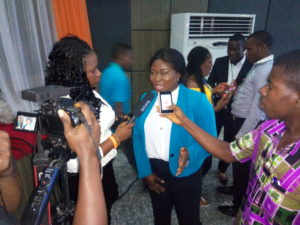 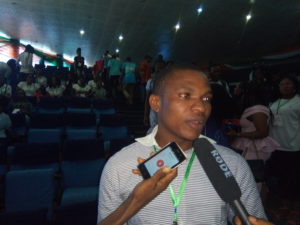 Speaking further, she hinted of plans to televise the mentorship sittings for airing, as it will benefit many student who could not make it to the sitting auditorium.
“The student mentorship academy is a reality TV show packaged to identify, groom and mentor young people to become leaders in the social, political and economic spheres of life.” 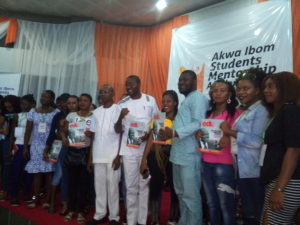 While tying the academy to the dream of Deac. Udom Emmanuel’s Dakkada philosophy, she advised the student community to think positive and become proactive in the society as there are no political handouts that is sustainable.
She used the occasion to condemn cultism and hunted of the successes of the year-old anti-cultism campaign in tertiary institutions. Otobong informed the student community that there is no need to fear, as the ugly incident that happened at National Association of Nigerian Students, NANS, Zone B elections in Bayelsa, where a student of the University of Uyo was murdered is been handled. And there is no need to fear.
“I stand here somehow in sober reflection as I was coming from Bayelsa this morning… We are assuring that peace is returned to the student community, and that everything is taken care of. I want to ask Nigerian students to leave politics out of student unionism and activism, when we do that, the more we will have vibrant young leaders.”
In a separate address of goodwill, the Vice chancellor of the University of Uyo, Professor Enefiok Essien, represented by the Dean of student affairs, Dr Aniekan Brown also pledge the cooperation of the university to partner with the mentorship academy. He advised students to always listen to their chosen mentors as they can shape their future. He also prayed on mentors to uphold professional standards and not betray the trust of the mentees. He posited that a well groomed student today will contribute positively to the society tomorrow. 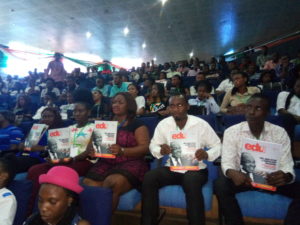 Also Mr Adeyanju John, who represented the Rector of The Maritime Academy, Oron, hinted on the need to have a structured professional mentorship programme where younger professionals can be groomed to face the challenges of their chosen profession. 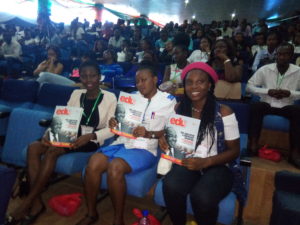 Highpoint of the occasion was the presentation of two mentorship interactive roundtable sessions and official unveil of Edu Watch Magazine.