…………………..On the 15th October, 2017, a sociopolitical group under the nomenclature, G3 for Onofiok & Udom, rooted in Etinan Federal Constituency convened to further consolidate on a robust support base so built and sustained for the duo in Nsit Ibom Local Government Area which the event took place at the Lutheran Primary School, Afaha Offiong, the host community to the Local Government headquarters. 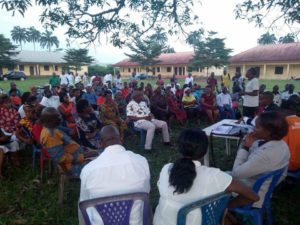 The event was witnessed by the Special Assistant to the speaker on youth affairs, comrade Efiofiok Ukpong whom was received by the Chapter Director of the group in person of Akparawa Charlie Eka (aka street gov.) along the International President, comrade Godson Obot and his entourage.

After the opening formalities, the Chapter director took the lead to introduce his executive, both at the chapter and wards thereafter welcome the guest and members to his second chapter meeting since he took over the leadership of the group in the said chapter. 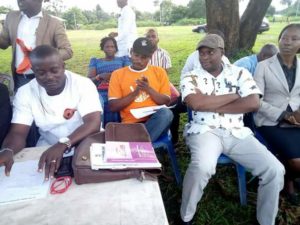 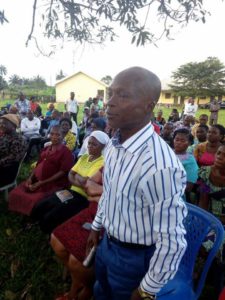 After the chapter director was done with the opening formalities and brief welcome remark, the International president in person of comrade Godson Obot took over the floor to formally introduce the guest who was on a familiarization tour to affiliated groups to have a word or two with them in order to keep the flag flying. Thereafter introduced members of his cabinet also encouraged both executive and members of the said chapter on the need to be focus, committed, consistent, persistent and unflinching while going about the activities of the group, stating that according to the holy scripture “there is time for everything, a time to plant and also a time to harvest” which a bountiful harvest awaits the 5 wise brides who will tarry to patiently wait for the groom: His Excellency, Deacon Udom Emmanuel when elected for a second term and also Rt. Hon. (Barr.) Onofiok Luke when elected and elevated to lead at the Federal Constituency level, the duo being tested and proven people oriented leaders whom have practically demonstrated such leadership style over the years, like in the case of Barr. Onofiok Luke while serving in a little capacity as a pioneer speaker, Nigerian youth parliament, Personal assistant to the immediate past Governor,
state legislator representing Nsit Ubium State constituency in the Akwa Ibom State House of Assembly, during his first and second term in office which considering such track record, it is practically impossible that he will perform less when elected to serve in a more higher capacity which will surely come to pass”. 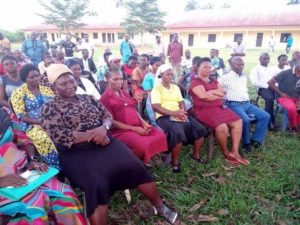 Akparawa Charlie Eka, the chapter director after the International President’s brief remark and introduction, opened the floor for inputs and comments, led by the International Director for General mobilization, Hon. Aniekan William (aka Milan) who encouraged members of the group to be firm and courageous in canvassing support for the Party towards ensuring His Excellency, Governor Udom Emmanuel is returned for a second term and also to ensure Rt. Hon. (Barr.) Onofiok Luke is elected to represent the people in a more bigger capacity in order to consolidate on his so far intimidating track record of massive human capacity development and empowerment across ethnic, religious, gender, age divide who finally drove home his point by announcing a motivational package of brand new phones for those who will canvass and bring to the Party through the group, 10-20 consistent members.

Lady Edna Ekpo, the International director for women affairs while addressing the crowd, specifically focused on the women, “encouraging them to leave no stone unturned by ensuring a door to door approach while mobilization for the Peoples Democratic Party in Akwa Ibom State which automatically is for the interest of Deacon Udom Gabriel Emmanuel and Rt. Hon. (Barr.) Onofiok Luke ahead of the forth coming general elections in the Country”. 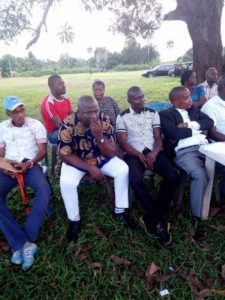 The International Vice President, Engr. David Tommy was not left out who expressed great delight for receiving the special Assistant to the Speaker who was optimistic that soon, the group will equally receive a delegation from His Excellency, Governor Udom Emmanuel, for a formal visit to the group ahead of the general election to raise the morale of members who are highly determined to support him for a landslide victory. He further stressed that “G3 is a sociopolitical group that has come to stay in Akwa Ibom State, fully resolve to partner with the Peoples Democratic Party to move the State forward through the able leadership of the present Governor, His Excellency Deacon Udom Emmanuel who have exceedingly transformed the State to an eldorado through Industrialization and infrastructural revolution. 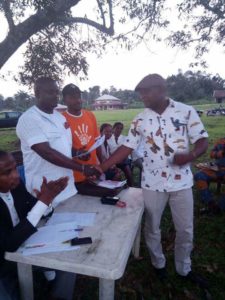 The Special Assistant to the “Speaking Speaker” Comrade Efiofiok Ukpong finally took over the floor after assimilation of the comments from key personalities. Who then expressed great delight on the faces and personalities he has seen and also the opportunity to formally identify with the group “who have so far made tremendous impact for both the party and the overall goal of his principal through the media and series of grassroot activities which will catapult them to victory come 2019, stressing that such effort is highly commendable”, the SA thereby encouraged the group to keep up the good job towards the success of the Party, His Excellency, Governor Udom Emmanuel and Rt. Hon. Barr. Onofiok Luke come 2019. 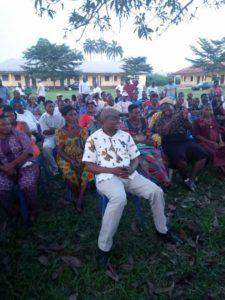 Speaking further, comrade Efiofiok made it known that “what is good for the goose is also good for the ganger” that he recently received a message from a politician who demanded to have a talk with him which he sent a reply to him “he do seat and and have a term with just one aspirant at a time” while speaking further, he stated that Nsit Ibom did a stretch of uninterrupted two terms in the house of representative through Hon. Emma Bassey, Surveyor Aniedy Ikpong King did an interrupted one term from Etinan, Rt. Hon. Dan Akpan did an interrupted one term from Nsit Ubium , thereafter Elder Sam Ikon was asked to complete the second part that was left behind by surveyor Aniedi King which he openly promised to do a single term while campaigning in 2015 which everybody could attest to such fact, who emphatically made it clear that , it is not an out of place for Rt. Hon. (Barr.) Onofiok Luke to duly complete the second term for Nsit Ubium which was abruptly left behind by Hon. Dan Akpan in 2015. He went further to encourage all members to be steadfast, focused and committed that his principal is fully aware of our activities which shall duly yield interest. he encouraged unity and oneness of purpose and also to play the game according to the rule while campaigning without injurious comments. 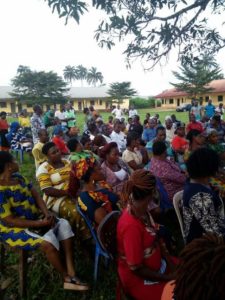