IN THE NEWS: GOV UDOM TO BOOST IGR THROUGH SOLID MINERALS

…………….Governor Udom Emmanuel is poised to increase the internally generated revenue of the state through the development of its solid minerals endowment.

So far, over 30 locations in Akwa Ibom State have been discovered with solid minerals such as Clay, Silica sand, Limestone and kaolin, which on development will increase the internally generated revenue, IGR of the state and also create job opportunities to the teaming Akwa Ibom youths. 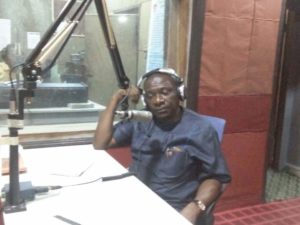 The State Commissioner for Environment and Mineral Resources, Dr. Iniobong Essien, made this known yesterday while appearing as Guest on a Live AKBC Radio 90.5 FM programme, “Update Akwa Ibom”, produced by Ministry of Information and Strategy.

Dr. Essien disclosed that, already, the government has set-up a committee geared towards the development of solid minerals and other environmental related issues, known as Mineral Resources and Environmental Management Committee (MIREMCO) headed by a renowned son of the State, Obong Bassey Inuaeyen.

The Environment Commissioner, who was fielding questions from the CITIZEN CENTRE segment of the programme, mentioned that government is committed to keeping the environment safe and clean for the people and urged residents of the state to take ownership of projects executed around their vicinity by protecting them against destruction for their own benefit.

He decried the situation where gutters are blocked through negligence and poor handling by residents who throw nylons, refuse and sand into them emphasizing that, the effects of such blockage are injurious to the health of people living close by.

On erosion intervention by government, Dr. Essien said, Governor Udom Emmanuel is determined to ensuring that people and property are not swallowed up by landslides caused by erosion in most parts of the state especially the capital city, stating that, the first phase of Erosion control works at Etim Umana street has been completed while work is in process ofor the commencement of the final phase of the project which is executed with the assistance of the World Bank.

UPDATE AKWA IBOM, another sensitization and public enlightenment programme from the stable of the ingenious and indefatigable Commissioner of Information and Strategy, Charles Udoh, runs every Friday on AKBC Radio 90.5 FM by 10.30am with three special segments, which include, the Week in Focus, Features on sectorial achievements and From the Citizen Centre.

Meanwhile, members of the public are urged to join the momentous flow of feedback, comments and reports into the Udomcares Citizen Centre by sending their contributions by sms or whatsApp to phone nos 09076173782 or email to citizen@akwaibomstate.gov.ng from 9 am to 4 pm from Monday to Friday.

We are in for a season of participatory governance, spearheaded by Akwa Ibom State Ministry of Information and Strategy..