IN THE NEWS: GOVERNOR EMMANUEL HAILS VIRTUES OF LATE EDUCATIONIST

…………….Governor Udom Emmanuel has lauded the late Obong Ifiok Linus Nkan for his immense contributions, spiritually and physically to the educational development of his community, maintaining that his departure will create a vacuum in his community, church and family. 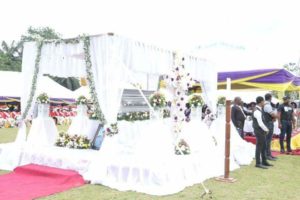 The Governor lamented that the late Linus Nkan will be deeply missed by his children, having left at the age of 72, and said his exemplary life was a lesson for all to learn from. 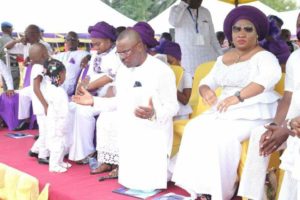 “I want to believe the life you live, your integrity, your level of loyalty and your dedication to service is actually some of those attributes that you picked from your late father,” he told the Finance Commissioner.

The Governor who commiserated with the family of the deceased, however thanked God for the clement weather, which he said was an honour by God on the family of his Commissioner of Finance, Mr Linus Nkan. 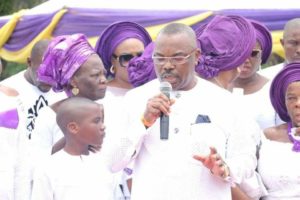 He thanked God for keeping the Commissioner’s mother alive and prayed for good health for her and other members of the family.

“How I wish, which is also the wish of your family that he stayed a little bit longer, 72 is still quite young, but you can never question God, a times it is not how long but how well”.

He eulogized the Commissioner for being a kind-hearted and committed worker who has acquitted himself in the public and private sector, describing him further as a team player. 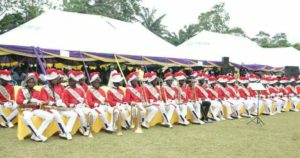 He commended the Commissioner for his plan to immortalize his late father by building a church, and promised his support and that of his family to the project.

In a testimony, the Son of the deceased and Commissioner for Finance, Mr. Nsikan Linus Nkan said he and his family members were saddened because of the sudden departure of Obong Ifiok Nkan, but were consoled and strengthened by the legacies he left behind.

“In this community, he was recognized as the wisest man and that earned him from the community the title of “Obong Ifiok” which means the King of Wisdom.” 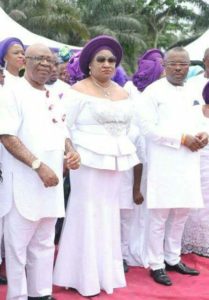 He said as part of support to the legacies that his late father stood for, he and the entire family had decided to build a bigger church to replace the smaller one built by his father in the community.

As a result of his father’s role in the community, Mr Nkan disclosed that the village council had decided to name the ongoing modern village hall that was initiated by the deceased, after him as a memorial.

He thanked the Governor, his wife and every dignitary for the honour on him by attending the funeral, and saying their sorrows have been turned into joy by their presence.

He was a professional teacher and station catechist in Sacred Heart Catholic church, Ikot Akpa Edung all though his lifetime.