…………….A cross section of Eket Senatorial district students union leaders have paid a courtesy call to a former minister of Lands and Housing Dr Akon Eyakenyin at her private residence in Uyo, today 9th of January, 2018.

The Chairperson of the forum Comrade Goodness Lambert, led students Union leaders from all institutions in the state cutting across the 12 local government areas that makes up the senatorial district. 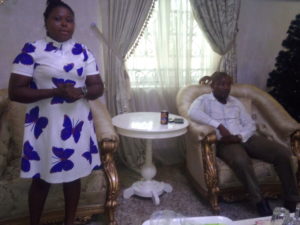 The visit which was set aside to honour the former minister who is also the Chairman Governing Council of the Akwa Ibom state Polytechnic, Ikot Osurua as their PATRON as well as to appreciate
her on her outstanding contributions to the student community in Eket Senatorial District and Akwa Ibom State at large. 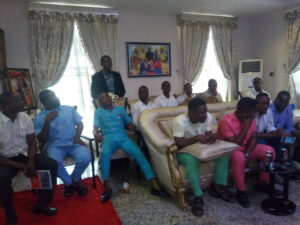 The student leaders particularly extolled the sterling qualities of the woman whom they described as student friendly disposition type with a high passion for the student group,consequently assured to stand by her in her future political endeavour. 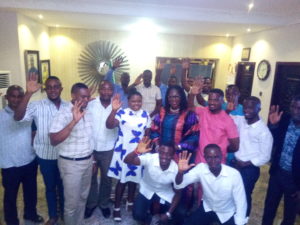 Responding the chairman governing council of Akwa Poly Dr Akon Eyakenyin thanked the student union leaders of the Akwa Ibom South Senatorial District for forming a formidable body targeted at championing the interest and welfare of its members. She revealed that the successes recorded by the students of ESD could not have been possible without the association, similarly commended them for their peaceful disposition manner and maturity exhibited by them to pilot the association. 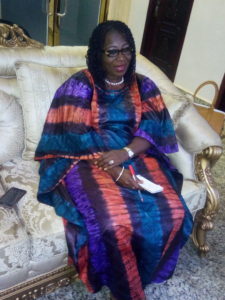 She however promised to partner and identify with them in order to continue to move the senatorial district forward. But charged them as a leading senatorial district whom the governor hails from to be a pace setter for others to emulate. Concerning their welfare, Hon Eyakenyin admonished them to be focus, hardworking and keep supporting the government of deacon Udom Emmanuel whom she said places high premium on student welfare, moreover assured to communicate their plights to the governor even as she also used the opportunity to canvas for more support to the governor beyond 2019,equally vowed to redubble her effort concluding that to whom much is given much is also expected. 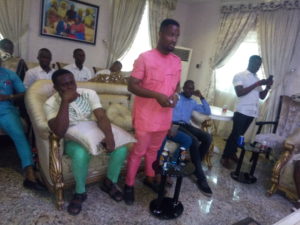