It was an atmosphere of joy, praises and thanksgiving as the members of Qua Iboe Church Nigeria, Oku 112 Ikot Ekpene Road, Uyo the home church of the Governor expressed thanks to God Almighty for the victory of Gov. Udom Emmanuel at the polls. 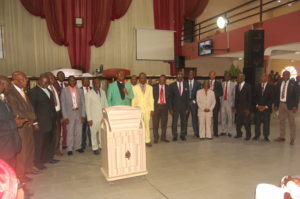 The Special thanksgiving service featured praises by the different strata of the Church including; the Elders, Deacon, Deaconess, Men Fellowship, Women Fellowship, Youth Fellowship, Choir, Children Ministry and Prayer Band who poured out their heartfelt appreciation to God for the re-election of Governor Udom Emmanuel in office till 2023. 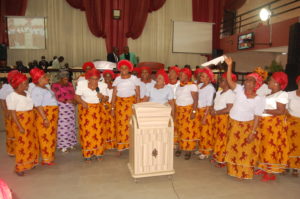 The Officiating Minister, Rev. Ibup Emah, in his sermon on the topic, ‘From Strength to Strength’ with the anchor scripture Psalms 84:7 said that it is the desire of God that we move from strength to strength, citing Sampson as a Biblical example of those that recieved and enjoyed strength of the Lord. 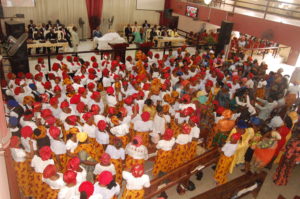 He also stated that because Governor Udom Emmanuel have diligently seeked God’s face, he will grow from strength to strength and Akwa Ibom State will also do likewise.

Rev. Ibup Emah stated that, “We choosed today to celebrate Gov. Udom Emmanuel’s victory at the poll because for us it is a victory worth celebrating. We are celebrating the victory of our member, Church Officer…he has not disappointed us and as his Pastor, I am very happy”. 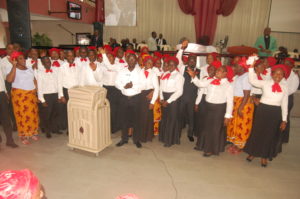 The Church Committee Chairman Elder Onofiok Etang who led the men in their session of thanksgiving was full of praises to God for not disappointing the people of the state.

Etang said, God heard the prayer of his children and then granted the State Chief Executive victory in such a way that left his diehard opponents shocked.

“The Governor won and who made that possible, ONLY GOD”, he reasoned. 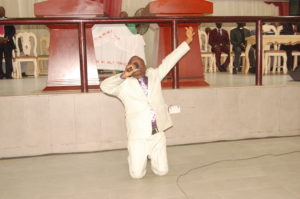 Speaking with newsmen after the event, the Youth Fellowship President said he thank God because this is a day that the Lord has made and is marvellous in our eyes.

“God made it possible for this Church to have an Executive Governor that is God fearing in the person of Deacon Udom Emmanuel. The Governor came to this place and consulted with God and he did very well to choose #OnlyGod for his campaign slogan and God was with him right from the very beginning.
Today Qua Iboe Church, Oku is very happy to gather as a church to thank God for his success”. He stated. 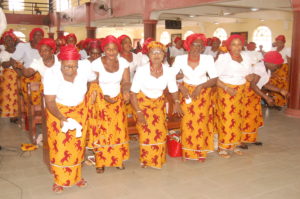 On the role of the church youth in the campaigns, the Youth President stated that “the electoral strength is in the youth, as far as Akwa Ibom is concern, if you do away with the youth, you re doomed.

He also added that “We formed a group called Qua Iboe Church Youth/Women Prayer Network. We met every second Saturday and Wednesday to pray that God should see him through and on the election day, we strategised and move to our different Wards and Local Government Areas to secure our votes.” 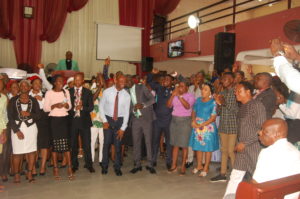 Also speaking the President of the women fellowship, Deaconess Jessie Imaikop, said the women of the church are extremely happy and thankful to all the people that stood by the governor in prayers and other contributions towards the success of the number one citizen.

Deaconess Imaikop reasoned that the victory of the governor is a confirmation of the age long belief that indeed, God has the final say in the affairs of man.

The Choir, Prayer band and the children ministry were not left behind as they all joined in thanking God for the state chief executive. 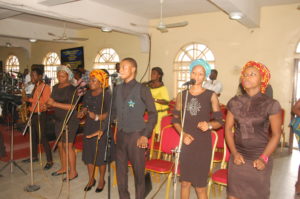 Highpoint of the event was offering of prayers for the governor, the first family, the Government and the people of Akwa Ibom State which was led by a Senior Elder of the Church, Elder B. U. Essien.