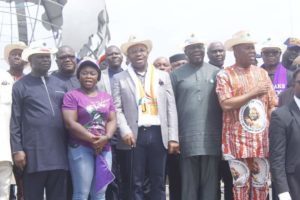 ……………Female youths numbering over one million in Akwa Ibom State have resolved to completely & without reserve support the present Industrialisation drive of Governor Udom Emmanuel in the forthcoming 2019 general elections.

The resolve was made during a solidarity rally by Akwa Ibom Female Youths Association through her International President, Lady. Edna Bassey towards the reelection of Governor Udom Emmanuel. 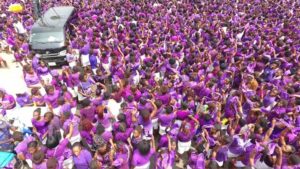 Governor Udom Emmanuel while addressing the gathering thanked the female youths for their show of solidarity towards his second term bid. He assured them of his administration commitment towards the future of Akwa Ibom State through various policies & programmes. 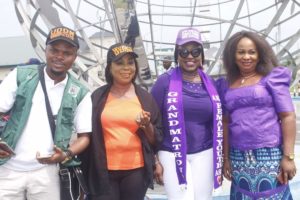 “I want to appreciate you today for taking the lead towards getting your PVC ready. Let me also assure you that my administration will continue to create an enabling environment for the future of this state.” 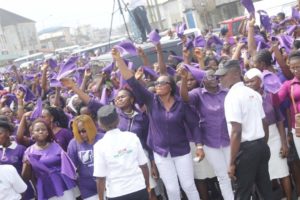 He admonished them to mobilize more support at the grassroots level & avoid violence at any cost. 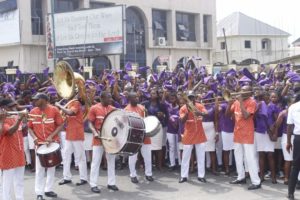 “The current peace in Akwa Ibom State is not because of me but by the Grace of God alone. As we campaign at our various units, let’s do so without violence.” he stated. 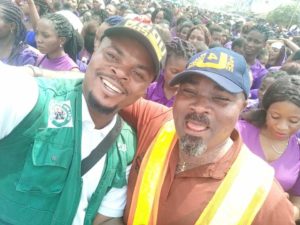 The PDP State Chairman, Obong Paul Politics Ekpo, described the solidarity rally as a sign that Akwa Ibom State remains PDP. He charged them to protect their votes during & after the elections in other to re-elect all candidates under the PDP. 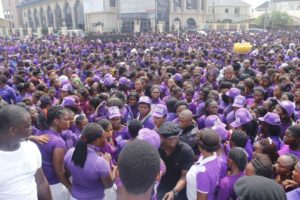 In her speech, the International President, Akwa Ibom Female Youths Association, Lady. Edna Bassey thanked the Governor for granting them audience despite his busy schedule. She stated that as a group, they are totally ready & committed towards ensuring his reelection come 2019. 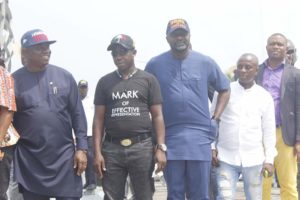 “Your Excellency, the female youths in the state have seen the numerous achievements recorded in the last three years hence our collective resolve to support you till 2023.” 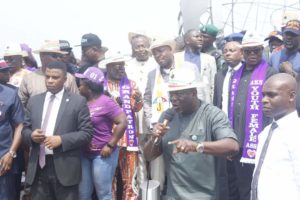 Prayers were offered for the Governor alongside presentation of souvenir. 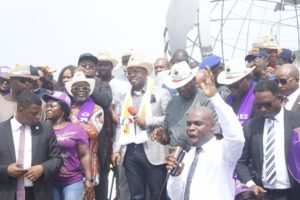 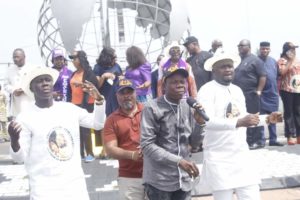 Commissioners, House of Assembly members, aides to the Governor, flag bearers for PDP, female youths across the 31 LGAs, entertainers amongst others. 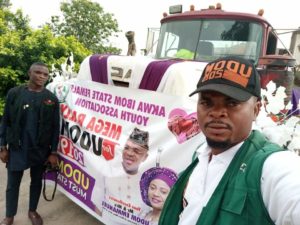