–Endorses him for Second Term come 2019

…………..The People’s Democratic Party Fan Club, Akwa Ibom State Chapter in an enlarged meeting held at the Council Secretariat, Uyo Local Government Area, resolved to continue to lend their unalloyed support to Governor Udom Emmanuel.
Speaking at the event, State Cordinator, Hon. Nkwereuwem Nkereuwem James , stated that the meeting was necessary in other to show the Governor the large fan base he enjoys in the state. He also stated the despite the wind of defection across the state and the country at large, the club can’t let go of them because it is always at trying times, people’s loyalty are tested. He further stated that it is because of the recognition the club receives at the party level and Governor Udom Emmanuel’s superior performance these past three years, that has also urged them not to follow the multitude by doing the wrong but rather join hands in developing the state. 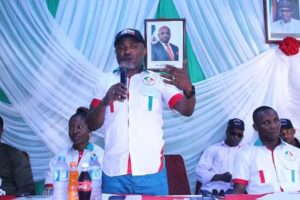 “We are currently experiencing a great wind of change called defection both in the state level and federal but as a family we have resolved to stand solidly behind the party because the party is Supreme!”

He described the broom used by the APC as a symbol of servitude used by slaves and lacks second hand value whereas the Umbrella used by the PDP is a symbol of prestige which protects one from rains and sun rays and in turn has second hand value since it could also be used as walking stick and local drier for our mothers. He finally charged all party faithful at all level not to succumb to the pressure of defection from any quarters but rather double their efforts in mobilizing for the actualization of Udom Emmanuel come 2019. 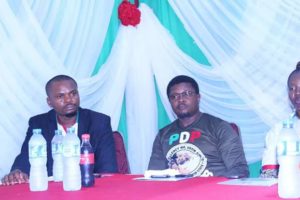 In their different speeches, The Women leader, Lady Edna Ekpo, Eket Senatorial District Cordinator, Comrade Christian James and Comrade Assam described the current defection of few party members in the state to the opposition APC as being selfish since it serves their personal interest alone. They described the power rotation system in the state as one that needs to be followed correctly especially as it allows development of all areas in the state. They further expressed the readiness of their different chapters in ensuring that Governor Udom returns to the hilltop mansion come 2019. 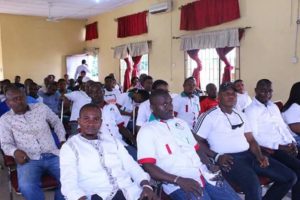 Highpoint of the event was the presentation of a draft Communiqué issued out by the club containing the resolution of the house to support Governor Udom Emmnauel in the face of impending trials and formal adoption / endorsement of the Governor for a second term in office. 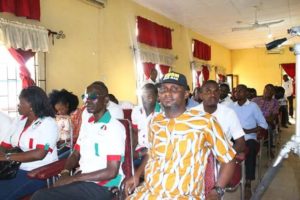 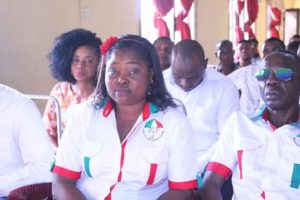