……………….In a bid to re-energies business operators around Ibom Plaza connection area,Commissioner for lnformation and Strategy, Mr Charles Udoh has promised to reactivate the ailing LED plasma screen TV which before now use to serve as a popular relaxation point in the area. 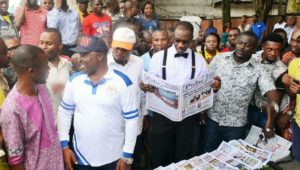 The info boss who was overwhelmingly welcome by the unprecedented popular crowd in the city suburb and confessed that he was pleased with the marathon numbers of people who were full of happiness that the state government was coming to rejuvenate and overhaul the sit out by its resuscitation. 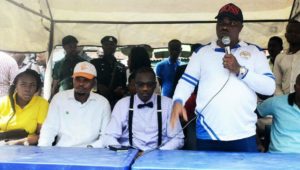 He said business operators and commuters welfare were place on a very high esteem of the government especially in the plaza area which according to him is considered as the most populated rallying point. 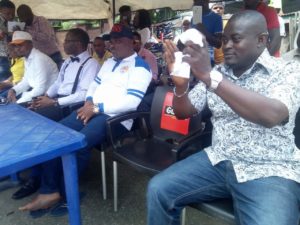 The Uyo born commissioner decried how the famous Ibom Plaza connection have been turn to criminal hideout and save haven for hoodlums and frustrate the government huge investment of the place,while thanking governor Udom Emmanuel for his business friendly disposition and his effort to boost the small and medium scale businesses which according to him drive the global economy. 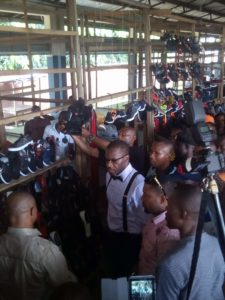 He particularly commended them for their peaceful manner in their operations even as he applauded them equally for a clean and serene environment. On the re-election bid of the governor, commissioner Charles said he was appreciable on the overwhelming support the people has given to deacon Udom Emmanuel to vie for a second term just for him to consolidate on his achievements, promising to convey their solidarity to His Excellency, but admonished them to continued to be law abiding and support the government of deacon Udom Emmanuel. 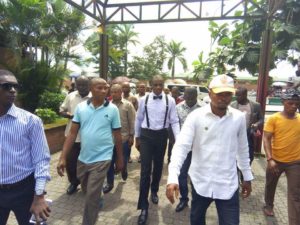