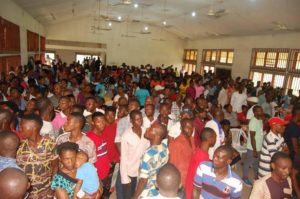 Speaking during the meeting which held at the Council Secretariat, Afaha Offiong, the Councilor of the mbiaso ward 1, Hon. Akan Offiong, thanked the youths for their support to him during the last Local Government Area elections which saw him emerging victorious. He stated that with such massive votes from just one ward, Governor Udom Emmanuel is sure to win in the general elections. 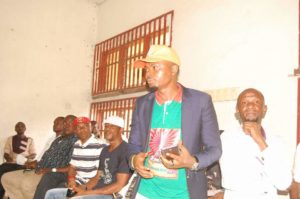 “I want to thank you all for the show of support you have given to me especially during the local government elections where I emerged winner and I promise you all that if such massive vote is given to Governor Udom Emmanuel in the general elections, he will surely win”.

Also speaking, the state officer of the party from the ward, Engr. Godwin George, appreciated the turnout for the meeting despite the short notice given. He described the People’s Democratic Party (PDP) in the state as being on an higher footing than before and encouraged them not to relent in their support to the party. 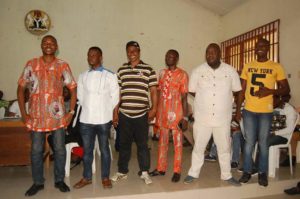 “Let me state it here that the recent defection in the state has not affected the party in anyway because we remain committed in our resolve to return Governor Udom Emmanuel back to the hilltop mansion come 2019”.

In their separate remarks, the youth leader, youth president, unit coordinators and chapter executives, encouraged the people to see the recent defection as a blessing in disguise as good things are about to come to the state. They charged the youths to ensure they get their PVC ready to vote massively for Governor Udom Emmanuel. 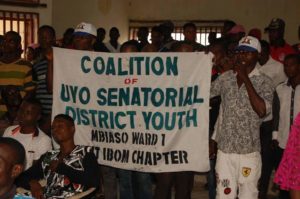 In his remarks, the executive Chairman, Nsit Ibom LGA, Hon. Eric Akpan thanked the youths for their support to him during the last local government elections and also to the Governor these past three (3) years. He assured them that their interest is protected at the state level and charged them not to relent in their efforts in mobilizing support at the unit level for the re-election of Udom Emmanuel. 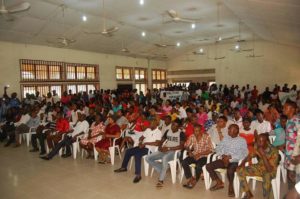 “Uyo and Ikot Ekpene Senatorial Districts through Obong Victor Attah and Chief Godswill Akoabio had their turn for 8 years respectively. It is therefore pertinent that Eket Senatorial District is also given a fair share too of 8 years through Governor Udom Emmanuel”.

He further advised them not to allow sentiments cloud their decision of whom to vote especially at a time when loyalty is been tested.

Highpoint of the event was the endorsement of Governor Udom Emmanuel for a second term in office and a pass of vote of confidence on the council boss for his excellent leadership style since assumption of office.