IN THE NEWS: Eket assures Gov Emmanuel of resounding Victory

…..The people of Eket local government area have vowed to return Governor Udom Emmanuel to office for a second term, to enable him complete ongoing projects in the area and as well consolidate on his industrialisation agenda. This was the position of stakeholders of the area, Friday during the campaign tour of Eket by the Divine Mandate Campaign Team. 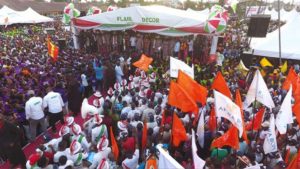 In their separate speeches at the QIC Primary School, Usung Inyang Eket, the stakeholders including, the Chairman of Eket, Hon. Frank Archibong, Chapter PDP Chairman, Emman Mbong, Youth Leader, Tommy Enodien, and an Elder Statesman, Chief Nduese Essien praised Governor Emmanuel for the remarkable developmental projects dotting the landscape of the oil city in the past three and half years, a feat they confessed has never been recorded in the history of the state. 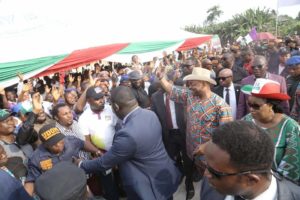 They vowed to ensure that Governor Udom Emmanuel was returned to the hilltop mansion for a second term in office.

Addressing the people, the Director General, Divine Mandate Campaign Council, Otuekong Idongesit Nkanga who thanked the people of Eket for always supporting the PDP, urged them to cast their votes again in the forthcoming election for Governor Udom Emmanuel, the Presidential candidate of the PDP, Alhaji Atiku Abubakar, and all other candidates of the party vying for various elective offices. He charged the people of Eket to reject those whom he described as enemies of the state who are bent on grabbing power by all means for selfish reasons. 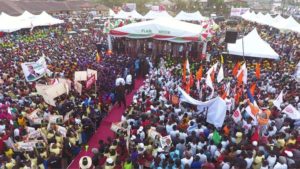 State Chairman of the PDP, Obong Paul Ekpo described Governor Udom Emmanuel as a good product of the party who has proven himself deserving of a second term, and enjoined the electorate not to allow opposition party to deceive them, as they have nothing to offer the state. 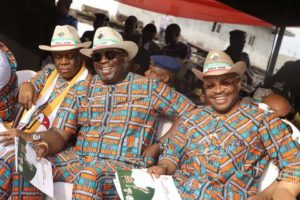 In his campaign speech, Governor Udom Emmanuel thanked the people of Eket for the confidence they reposed in him in 2015 where they voted resoundingly for his victory, and thanked them for the assurance of another resounding victory in March.
The Governor promised to complete ongoing remodeling project, the International market, Eket modern stadium and other ongoing projects in Eket, and enjoined the people to continue to keep faith with the PDP for a more prosperous Akwa Ibom. 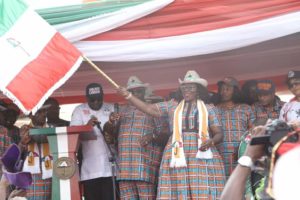