……….It was a thing of joy and excitement in the face of Nsit Ibom Peoples when the Distinguished Senator representing 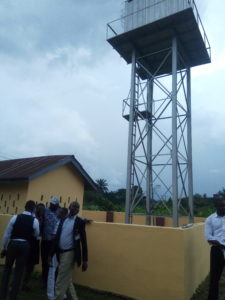 Reacting at the event, Engr Precious Akpan, the political Leader of the ward thanked Senator Albert for the project and urged the people to safeguard the property as well as be ready to return Senator Albert and Gov Udom Emmanuel for second term.

Senator OBA in his remarks, thanked the people for the warm reception and assured them of effective representation in the red chamber.